Myth or Fact: The Story of a Renowned Toothpaste Company Today, I will share with you a story of one of the leading toothpaste companies which have turned into a myth. Being a very secret sales strategy, this story was never published officially by the company. So, I cannot reveal their name here. But, the story is so purely based on true facts that it cannot be ignored as just rumor.

Legend says it was around 1950s. The company was pressing hard to increase its sales and revenue. It called for an open competition to suggest something that could boost their sales. After several days of fruitlessness, one person from outside the company appeared and said that he had an innovation which would cost them almost nothing to implement but would yield an immediate 40% increase in business. He offered to sell them the exclusive rights to the idea for $100,000. This was quite a large sum at the time. But, considering the high volume of toothpaste sales, it would be recouped quickly.

However, the company’s management team was not sure if they should take the idea from someone outside or not. So, they thanked the guy and said they would get back to him. Weeks passed but no useful ideas had emerged. So, they called back the guy and awarded him the deal. After the legal procedures were completed and the money handed over, he brought out a brown envelope and gave them. The envelope was containing a small slip of paper. On the slip, there were just four words: “Make the hole bigger.”

Previously, the toothpaste tubes had a small opening of about 5 millimeters for squeezing out the paste. If you increase the diameter of the hole from 5mm to 6mm, the volume of paste squeezed out for a given length of squirt along the brush is increased by 40%. So, most users have to consume the tube that much faster and hence need to buy more.

This very simple strategy created history for the company. So, if you too have any such simple but spectacular idea that you believe to create a great impact, never afraid to express it. And always remember, we at Openweb Solutions, are always eager to be part of your dream if you want to make it live on the internet! 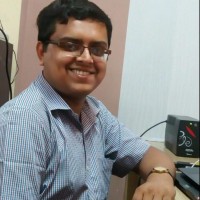 Transforming Ideas into Reality for 10+ years.