Know the perfect way of Error handling in JavaScript Sometimes a developer is great at programming, but the scripts may have errors. There are various reasons for these errors. Sometimes it occurs because of our mistakes or maybe an unexpected user input, or it could be an erroneous server response and there could be a thousand of other reasons.

Generally, a script stops it’s execution after an error occurred, printing it to console.

To overcome this there’s a syntax construct try…catch which allows to “catch” errors and, instead of stopping the execution, do something more reasonable.

The try…catch consists of two blocks: try, and then catch

Things to be remembered

try..catch only works for runtime errors

For try..catch to work, the code must be valid. i.e., it should be a valid JavaScript.

If any exception happens within a  “scheduled” code, like setTimeout, then try..catch won’t catch the error: That’s because within a setTimeout call the function executed later, when the engine already left the try…catch block. To catch an exception inside a setTimeout function, try..catch must be inside that function:

During the execution, if an error occurred then JavaScript generates an object which contains the details of the error. Then the error object is passed as an argument to catch:

The error object inside catch block has two main properties:

The try..catch block may have one more code clause: finally.

If it exists, it runs in all cases:

The code has two ways of execution:

The try..catch block allows to handle any runtime errors. 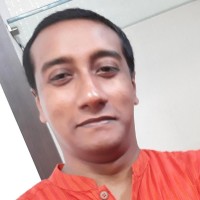 I am working in Openweb Solutions as a web developer. Besides coding, blog writing is a passion for me Back To Top
26shares