Angular vs Vue JS: Which one is really better? If you are confused a bit to choose a suitable technology for front-end development between Angular and Vue js then this article will help you to reduce your burden. It is important because before building an app, you must determine the technology first. In a large scale scenario, it may affect your application.

The choice of front-end Js framework plays an important part in the performance of an application. Both Angular.js and Vue.js are one of the most popular front-end frameworks today.

Just for information, Angular.js was introduced by Google in the year 2010. And, it became a top-rated js framework just a few days after its introduction. The Vue.js, created by a former Google employee Evan You in 2014 and gradually gathered a huge amount of interest from web developers.

In recent years, Angular has improved their code base by introducing various versions of Angular (Angular 2,4,5,6 and 7) but Vue js has the same version since its introduction, i.e. v.3.2.2.

Here are some comparative studies between two frameworks.

Both the frameworks provide a well-formed structure for your applications. But, the choice completely depends on the circumstances occurred while making a decision for application development. 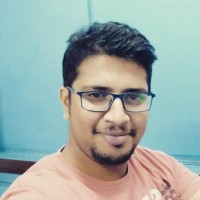